Is Your Salt Real?

There is a vast difference in the quality of salts on the market today. A quick glance at the ingredients label on most salts might surprise you! Many salts contain anti-caking agents and even dextrose (sugar). Others have been heat processed and stripped of their natural trace minerals. Real Salt brand sea salt on the other hand, is unrefined and full of natural minerals and flavor – the way salt was meant to be savored.

Where does Real Salt come from? 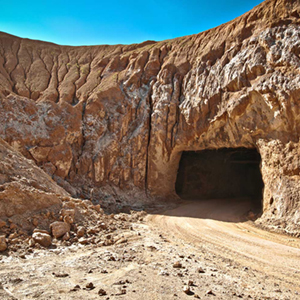 According to geologists, the Redmond salt deposit is the remnant of an ancient inland sea, probably part of what they call the Sundance Sea, which places the deposit within the Jurassic Period. Over time, the salt that settled at the bottom of the sea was trapped within the earth and then pushed up near the surface close to the town of Redmond, Utah.

The deposit occurs with over 60+ natural trace minerals which gives the salt its unique color, unique flavor, and numerous health benefits.  Because this deposit comes from an ancient sea bed, nature created the salt long before the earth experienced anthropogenic pollution and contaminants that are troubling our oceans today.

The Redmond salt deposit begins about 30 feet below the surface, covered by a layer of bentonite clay, which has protected it from erosion and from the possibility of modern contamination.

Is Your Salt Real? 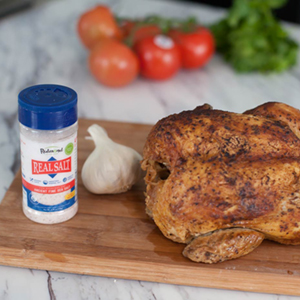 We own the salt deposit and control the entire process from the mine to the store shelf.

Real Salt comes from right here in the USA, which means less food miles and a smaller carbon footprint.

We’ve installed enough solar panels at our Redmond, Utah location to power almost all of our operations there.

Based on 2 reviews Write a review